German coach Gernot Rohr will remain as Super Eagles after agreeing on a new contract with the Nigeria Football Federation (NFF), the federation’s boss Amaju Pinnick has confirmed.

Rohr and the NFF have been going back and forth on a new deal with his current contract to expire on June 1.

All contractual discussions have now been concluded and Rohr who was first appointed in June 2016 will continue his work with the Super Eagles.

“I’m happy to announce that the @thenff and Coach Gernot Rohr have concluded all contractual discussions and he will stay on as Coach of the Super Eagles,” Pinnick on Wednesday, May 27, 2020, announced on Twitter.

“We can now focus on qualifying for the World Cup and winning the Nations Cup.

“In truth, these are sacrosanct and Coach Rohr is aware of these conditions. Like the Honourable Minister of Youth and Sports Development has rightly noted; we are uncompromising in these goals.

“The board of the Federation & I are totally in agreement with the minister on the goals for the team and it is unwavering.”

“With the distraction of the contract talks out of the way now, we can now face our football on the pitch, totally. Again, I never lost confidence in Gernot Rohr’s ability to take our football forward and I’m convinced our football will only get better from here on,” the NFF boss also said. 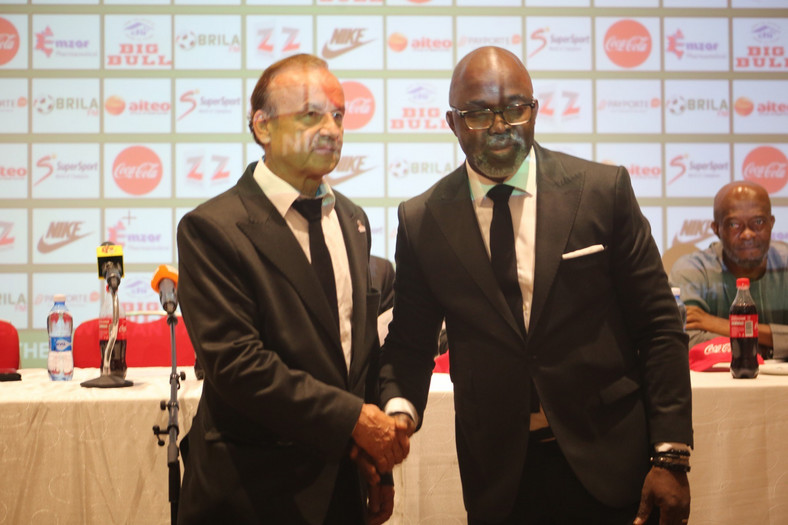 The agreement between both parties brings to end the bickering that went on for a few months.

After years of disagreements over a host of issues including choice of stadiums for home games, Rohr got more uncomfortable when the NFF delayed contract talks after the 2019 Africa Cup of Nations (AFCON).

The Franco-German infuriated his bosses at the NFF with an interview in November 2019 where he expressed his frustration at the delay in contract talks and also revealed that he was being owed some wages. The NFF responded by sending him a query for publicly disclosing details of his contract.

The NFF also forced Rohr’s hands with some terms in the contract offer which stipulate that he must agree to live in Nigeria, earn in Naira and develop home-based players.

It’s now until 2022 for Rohr who will now focus on getting Nigeria to AFCON 2021 and winning it which is top of NFF’s top priority.

Next will be to lead the Super Eagles to the 2022 FIFA World Cup.

Rohr was first appointed in August 2016 on a two-year contract which he renewed for another two years in January 2018.

He led Nigeria to AFCON 2019 where the Super Eagles finished third and the 2018 FIFA World Cup in Russia where his side crashed out of the group stage.

In total, the Super Eagles have played 49 games under Rohr with 29 wins, 11 draws and nine loses.