President Mohammadu Buhari has reacted to the death of Lady Janet Owaraji, the mother of late Super Eagles great Samuel Okwaraji who died on Monday, June 8 at the age of 83.

Confirmed by her eldest son, Lady Okwaraji died at her residence in Enugu.

Reacting to her death, President Buhari in a statement released by his Special Adviser on Media and Publicity Femi Adeshina said Lady Okwaraji left a “lasting memory of kindness, love and charity as a devout Christian.”

Lady Janet Okwaraji lost one of her sons, Okwaraji who collapsed and died of congestive heart failure while playing for the Super Eagles of Nigeria.

Also in his statement, the president said Lady Okwaraji will “always be remembered for the sacrifices of the family for the nation.”

“President Buhari affirms that the matriarch of the Okwaraji family, like her son, defined simplicity, loyalty and patriotism in many ways as she remained steadfast, believing in Nigeria, despite the vicissitude of life,” part of the statement also reads. 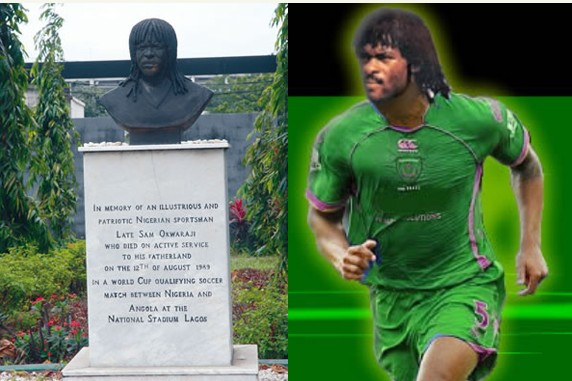 “As a mother, who lost her son in an unexpected situation, the President believes Lady Janet deserved to be acknowledged for her resilience and nobility, despite the odds.

“President Buhari prays that the almighty God will grant her soul eternal rest, and comfort her loved ones.”

Just before her death, the Nigeria Football Federation (NFF) and Ministry of Youth and Sports headed by minister Sunday Dare placed Lady Okwaraji on a monthly stipend of N10000 and N30000 respectively.

A retired teacher and proprietor, Lady Okwaraji was a huge advocate for education which is why her late son was also a qualified lawyer who had a masters in international law from the Pontifical Lateran University of Rome.

“It’s an insult to attach ‘Mrs’ to my name, I once slapped someone for that” – Kemi Olunloyo

Flat Tummy:3 tips on how to get a flat stomach, fast!