Super Eagles legend Austin ‘Jay Jay’ Okocha has revealed that not winning the African Player of the Year award is his only career regret.

Okocha came close to winning the award in 1998, 2003 and 2004 but ended his illustrious career without the biggest individual award in African football.

In a recent chat monitored by Pulse, the 46-year-old was asked about the regrets he had in his career and he was quick to talk about the award.

“I thought I did enough to have won it because it wasn’t a fluke that I won the BBC POTY twice in a row and didn’t manage to win the CAF awards, maybe it wasn’t meant to be,” Okocha said.

Many tipped the former midfielder of winning the award in 1998 following his eye-catching performances at the 1998 FIFA World Cup but missed out the award to Morocco’s Mustapha Hadji. 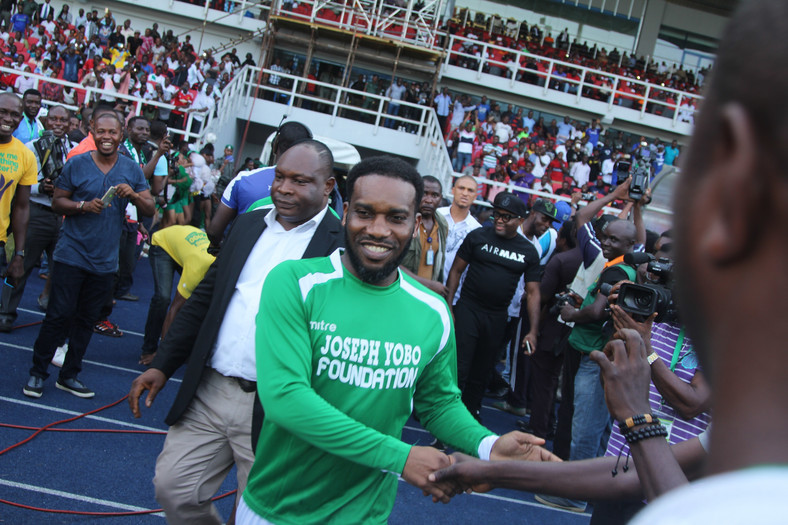 He made the final nominations for the 2003 and 2004 but lost out to Samuel Eto’o of Cameroon and Didier Drogba of Côte d’Ivoire.

Okocha made 63 appearances and scored 14 goals for Nigeria in an international career that saw him play at three FIFA World Cup tournaments and represented Nigeria at five Africa Cup of Nations (AFCON) tournaments.

My only regret when I die will be that no woman has ever broken my neck while sitting on my face’ – Singer, Temmie...

My only regret when I die will be that no woman...

THREE CREDIBLE SCENES THAT TOOK PLACE AT DJ PLENTY BACK 2...